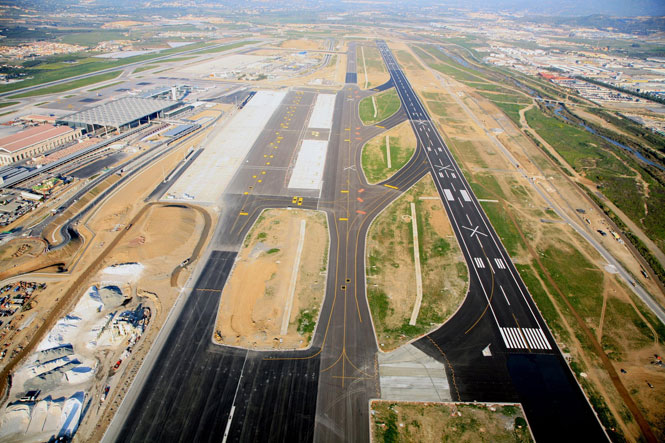 The second runway at Malaga airport is now already open on weekends. It is quite unusual due to the fact that it is the first time in the airport’s history that it needs to be opened this early in the year, as was confirmed yesterday. Normally the second runway only opens during the very busy summer months of June, July and August.
In this regard, airport sources explain that the opening of the runway is based on scheduled flight operations. Thus, the opening always takes place during months of peak activity at the airport, which is normally in the summer.
It is the first time since it was built in 2012 that the runway is operational at such an early date.  The Traffic Controllers’ Union said that this decision taken by Aena would improve the quality of service to passengers and airlines and allow the increase of the capacity of operations in the airport.
Malaga Airport Taxi have steeped up services to accommodate bookings due to the higher level of passengers.

BOOK NOW
No.1 for Transfers
on TripAdvisor

We're ranked as the No.1 transfer provider on TripAdvisor out of 53 companies listed in Malaga. We have thousands of regular users, making more transfers than any other company.

We charge you for a low-cost "Standard" vehicle but over 90% of our clients get a free upgrade to a "Premier" class car! It may sound crazy but it's true!

BOOK NOW
We Monitor
your Flight

Your assigned driver will monitor your flight and if it's late, he will wait for you so you don't need to worry.

All our Malaga Transfer vehicles have plenty of room for your luggage. If you have more luggage than usual just let us know and we will make sure you have the right car!

Your Malaga Transfer driver will take you & your luggage from Malaga Airport to the very door of your hotel or accommodation.

Your driver will be waiting to meet you no matter what happens.

Service you can rely on