BOOK NOW
No.1 for Transfers
on TripAdvisor

We're ranked as the No.1 transfer provider on TripAdvisor out of 53 companies listed in Malaga. We have thousands of regular users, making more transfers than any other company.

We charge you for a low-cost "Standard" vehicle but over 90% of our clients get a free upgrade to a "Premier" class car! It may sound crazy but it's true!

BOOK NOW
We Monitor
your Flight

Your assigned driver will monitor your flight and if it's late, he will wait for you so you don't need to worry.

All our Malaga Transfer vehicles have plenty of room for your luggage. If you have more luggage than usual just let us know and we will make sure you have the right car!

Your Malaga Transfer driver will take you & your luggage from Malaga Airport to the very door of your hotel or accommodation.

Your driver will be waiting to meet you no matter what happens.

Malaga City is one of the most exciting cities in Spain, and there are so many things to see and do, that it can be hard to know where to start! From the warm, sunny beaches to the Renaissance style buildings, you’ll fall in love with the city of Malaga as soon as you get there! The history and culture that is found in Malaga is something that needs to be experienced! To get into Malaga City book a taxi transfer from Malaga airport to your hotel and travel in style for a low price. No queuing, no worries and straight to your hotel in Malaga. The first thing worth seeing as soon as you get to Malaga is Alcazaba, a large eleventh century Moorish style fortress that sits high atop a hill that overlooks the city of Malaga. It’s a captivating historical sight that is one of the “must see” stops while you are here – and there is even a museum within the fortress, featuring pottery and ceramics. Alcazaba rivals Granada’s Alhambra in terms of culture and beauty. With its famous horseshoe archways, fountains (that are still working!), and paths that wind through gardens, jasmine bushes, and trees, you are sure to find plenty of peace here. The scenic overlook of the City of Malaga makes the climb to the top worth it! If you would prefer, you can even take a bus or a taxi to the top.

You won’t want to miss Malaga City’s Renaissance Cathedral, the Cathedral of Malaga, either. It is located in downtown Malaga, and although it began being constructed in 1528, it wasn’t completed until 1782. It’s a popular location in Malaga, due to it’s beautiful Baroque style architecture. With a gorgeous domed ceiling, the inside of the cathedral is as breathtaking as the outside! Full of religious artwork dating back to the construction, will have plenty to see before you take the two hundred stair trip up to the top of the cathedral, where you can overlook the city. Due to the fact that only one of the two towers on the cathedral was completed, it is also known as La Manquita, or the One Armed Lady. The cathedral also has a museum inside, which has plenty of artwork and artifacts that cover the past five hundred years!

If captivating architecture is your forte, then you will want to stop by the Castillo de Gibralfaro, which sits on another hill in Malaga, overlooking the city and port area. It dates all the way back to the eighth century, and it is an essential spot to continue on your historical tour of Malaga. As one of the oldest buildings in Malaga, the Castillo de Gibralfaro was originally designed to act as a lighthouse and military barracks. The castle contains a military museum inside, which is essential for those who enjoy learning about the importance of military history. While most of the castle’s interior has been remodeled, the structure is still original, and the walkway on top of the castle will give you a one of a kind view of Malaga City. 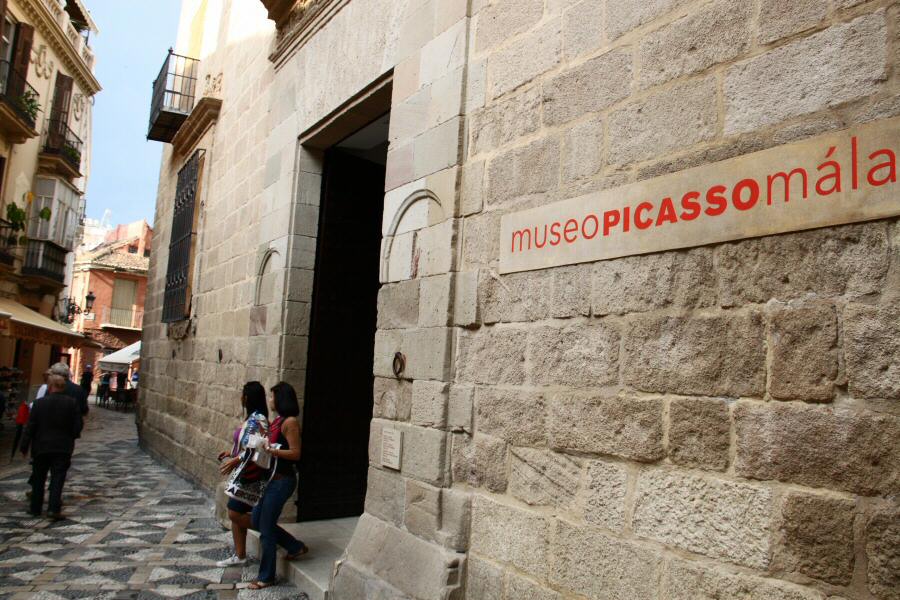 The artistic heritage in Malaga is almost dreamy – there are several art museums and galleries that will give you a taste of the beauty and history that has been painted onto canvases, sculpted, and designed throughout the years. Some of the galleries in Malaga include the Picasso Museum, which houses some of Pablo Picasso’s earliest paintings, showcased in the city in which he was born. If you’re interested in this fantastic artist and his earliest works, be sure to stop by.  Some of Picasso’s more well known, later paintings are also located here, on a loan from other museums. The Thyssen Museum,  which features nineteenth century Spanish paintings, including mostly Andalusian style artwork. The museum is a smaller, almost private collection of its owner, but is definitely worth stopping in to see. The Contemporary Art Center of Malaga houses more modern art pieces, as opposed to older or historic art that is featured in the city’s other art museums. The art work in the museum begins in the late 1950’s and spans to more present day works. With a permanent collection of over four hundred art pieces, the museum also offers courses and workshops to aspiring artists of all ages. Be sure to check out the small restaurant and café within the museum, as well.

Hop on the Malaga City Bus Tour and see the city and all of the sights without having to walk everywhere. While this is a great option if you have small children or you don’t have the time to see all of the sights individually, you might not be satisfied with the short amount of time allotted to exploring. 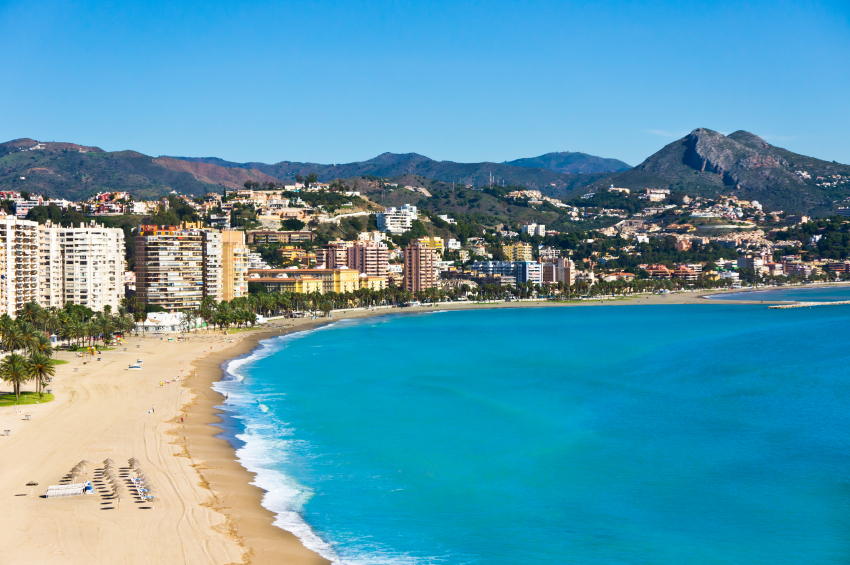 As a visitor to Malaga, you aren’t going to want to miss the beautiful beaches with warm sand, sun, and crystal clear water.  The beaches in Malaga are absolutely sensational and will brighten up anyone’s vacation. Stop into one of the restaurants on the beach and have a taste of the fresh cuisine served in Malaga – the tapas served in the restaurants here are simply something that you must sample!

Depending on the time you plan to visit Malaga, you might want to look into attending one of the festivals held there. During Easter week, for example, you wouldn’t want to miss Semana Santa! Held in May, Noche en Blanco is another festival that is important to the city of Malaga. With plenty of music and dancing, you will experience Malaga’s culture to the fullest!  There are even activities for children during this festival, so if you are traveling with your family, this is a wonderful time to teach your children about other cultures and beliefs!

If you are traveling with friends or your significant other, you won’t want to miss out on the great nightlife in Malaga – the city has some of the best tapas bars around, and the amount of clubs, bars, and cinemas will make you want to stay out all night.
Speaking of tapas bars, be sure to check out a few of the highly rated tapas bars in Malaga! Try El Tapeo De Cervantes, which serves a fabulous chicken kebab marinated in lemon and served with basmati rice, or try the pan seared small squid with spinach! At El Gallo Malaga, you won’t want to miss their zucchini omelet or the sausages in wine sauce. Finally, stop by the Uvedoble Taberna and try the Russian Salad with Shrimp! Many of the tapas bars change their selection of tapas daily, so make sure to ask for specials!
While there are many spots in Malaga City that will charm and amaze you, it can be hard to see everything! Malaga is a great city to visit for families, couples, and friends – there is something great here for everyone, from the festivals to the farmer’s markets, from the museums and art galleries to the beaches – Malaga City has so many wonderful things to offer tourists!

Service you can rely on